You are here: Home / Sea of Flowers 月都花落，沧海花开 – 天籁纸鸢/君子以泽 (BE) 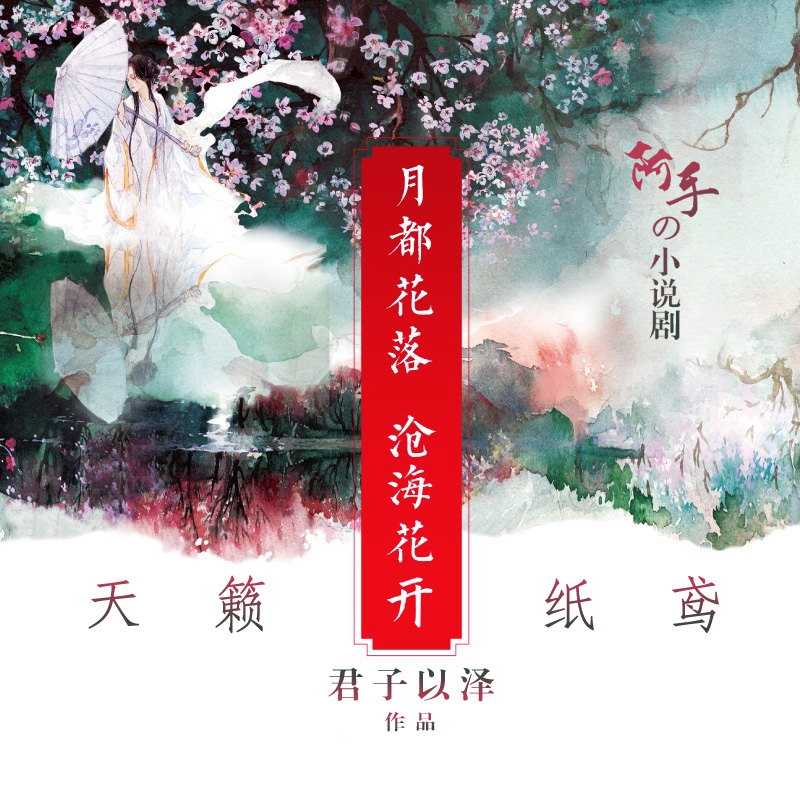 Jun Zi Ye’s wrap up of Historical Records and Shan Hai Jing ancient myths.
The love story between the City of Yue’s little Princess, Luo Wei and the God of the Sea, Yin Ze.

In Ancient Times, the god of the Water, Yin Ze contributions to the mythical battle between the Gods and the Demons. Greatly lifted by the Emperor of the Gods, Haotian.

He had once refined the Mystical Blue Stone for NvWa.

Collected the five colored stones to fortell the future and killed the Black Dragon and brought peace across the 9 kingdoms. Leading the Xuan Yuan people to defeating Chi You in the battle of Zhuo Lu.

When Gong Gong, held up a strike to not watch over the mountains, Yin Ze took up his post and became the second Supreme God of Water and ruled over the waters of Heaven and Earth.

For his beloved woman, using the descending water from the heaven to build the city of Su Zhao.

And because the descending water from heaven’s aura accumulated over time. 200 years later, Spirits were born and called the people of Su Zhao. Very quickly, they had made Su Zhao into a glorious city. Luo Wei is the 5th Su Zhao king’s youngest daughter, and grew up with her adopted brother.